The Open Doors of Citizenship 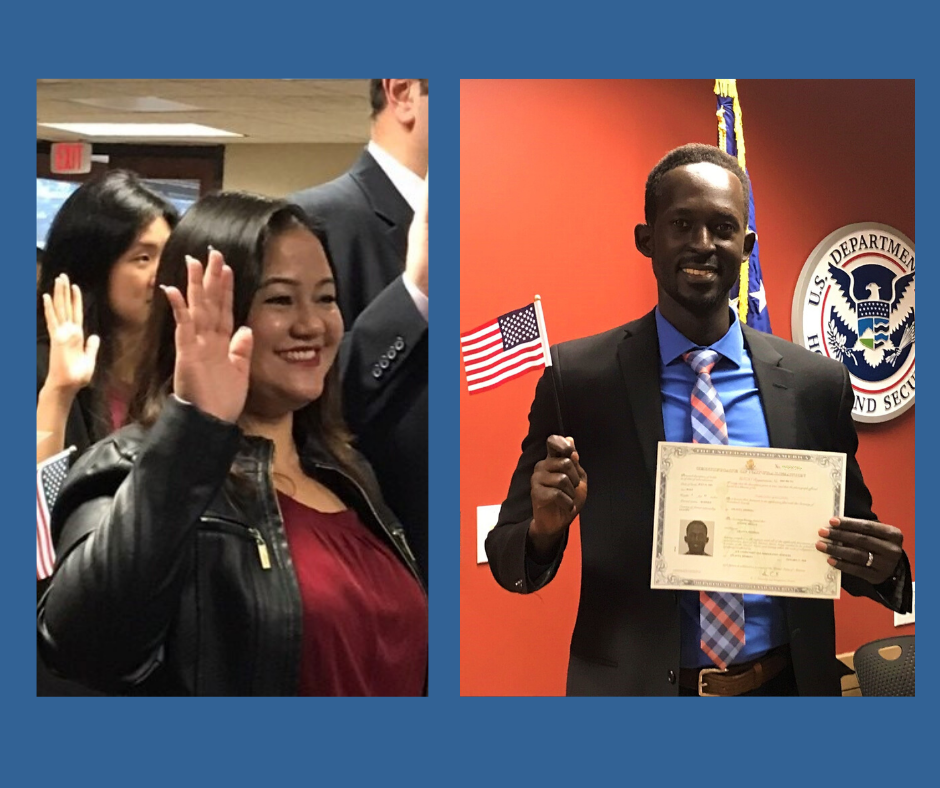 For this month’s thought leader piece, we spent some time talking to two of New American Pathway’s newest citizens, Punam and Justine.

Punam says “I was so excited when I passed my citizenship exam. I am most looking forward to travelling freely and going back to Nepal to see my parents. I am also excited to vote, my citizenship opens up a lot of new possibilities like starting a business. And I can travel the whole world. I think this will be a great experience.”

Justine Okello is the Forward Program Manager at New AP, and came to the United States as an immigrant from Uganda in 2014. He was excited at the opportunity to make a new life in the US.

When asked how he felt when he passed the citizenship exam, Justine says “I was thrilled. I felt like it was unbelievable. It was nerve wracking and I didn’t know what questions they would ask me. But it wasn’t as scary as I thought it would be, it was more of a conversation with the interviewer, and I connected well with her. When I found out I passed, it felt like a weight was lifted and I could breathe again.”

Justine says of his new status as a new citizen “I am looking forward to integrating into more civic roles. I immediately registered to vote and I get to vote in March. I also want to help people who are on the same journey as me and encourage them that it is scary but they can do it too. It means a lot to be a citizen here. I can now travel anywhere in the world and see the world with much ease. There is so much freedom of having citizenship status.”

As Justine further reflected on his new status as a United States Citizen, he continued by saying. “Offering the opportunity for people to become citizens here goes back to the founders of the United States. Opening doors to people looking for refuge and fleeing persecution is our history of a country. The diversity of culture and creativity, and the diversity of social interaction is truly what is making America great.”

Congratulations, Punam and Justine. We are so excited to celebrate with you and are happy that you are United States Citizens!